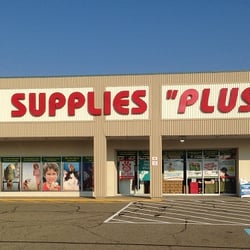 Hairy animals have different colors and color schemes. Climate plays a big role on their color, wherein these fury animals have to adapt to in order to live. For example, polar bears that are native of Arctic Circle are always white, while bears’ typical color is brown. This case is not limited to bears alone, there are hares and rabbits whose fur changes from brown to white as the season changes from fall to winter. With ferrets, they are originally “albinos” and have masked color schemes. Ferrets are usually bred to produce offspring with different colors and color patterns; this is because ferrets are now considered as pets and to suit varied taste of different pet enthusiast and soon to be owners.

The colors of the ferret’s fur affect their undercoat, whiskers, eyes, and nose. Their color pattern also has the same explanation. If you’re to check their body, you will find out that ferrets have different colors in different parts of it. The distinctive color of their eyes, nose and undercoats depends on the color of their body. There are also various color patterns you can find in their body. To learn more, here are a few of their various colors and color patterns to help you choose one. We will start with their colors.

Albino: As stated above, albinism is one of the genetic traits most ferret acquire from their origins, which resulted to this color. The usual color of an albino colored ferret is either white or pinkish white. And its most common eye color is either white or red. Although ferrets with albino color are common, not everyone likes them since the color of their undercoats is unnoticeable.

Black: Ferrets usually have black or dark brown color of fur. Almost everyone love to refer the color as ‘chocolate’. Ferrets with darker colored fur usually have visible undercoats which make them different from white mouse, (sorry, that’s the way most people call an albino ferret – I don’t).

Silver: Silver colored ferret may sound like they are a kind of ferret that is weak; but they are actually not. Ferrets with silver fur color may still have noticeable undercoats but it would still depend on the hue of their fur. And, this type of ferrets always almost have no color pattern in their face.

However, ferrets colors really wouldn’t matter. Your ferrets’ behavior is not affected by their colors. What matters is how you bond with them. A proper care should be given to your ferrets no matter what color it comes in.