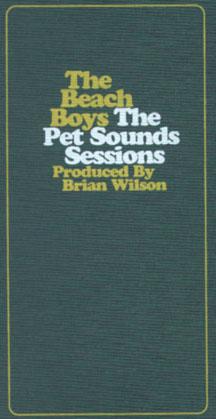 Ferret hunting has been going on since the Roman times when Caesar Augustus used them to quell a different type of marauding army on his land, rabbits. Since that time people have hunted with ferrets from every corner of the world though today due to worries about ecological damage and animal cruelty some countries have banned ferret hunting, America included although not every state enforces or has the ban.

In England and Australia ferreting has been a hunting tradition for many a century and is still popular today although it did die off a few years ago due to myxomatosis in the rabbit population in England.

A ferret is an instinctive hunter and killer of rabbits and other vermin like mice. When the kits are born the hunting instinct is strong and it is not long before they meander of wanting that first kill. If you have a ferret as a pet then going ferret hunting with it is a joy and a pleasure as you watch your ferret go down a burrow and chase the intended prey out of the other end of the burrow.

If you are planning on hunting with your ferret then there are a number of considerations you must think about and adhere to before you go hunting:

• Is ferret hunting allowed in your state? Some states in America have made ferreting illegal. • Will you need permits to hunt? If ferreting is legal you might need a permit to hunt. • Make sure you have the landowners permission to hunt on their land, try to get written permission.

Off to Hunt We Go

The best form of hunting with a ferret is to have 2 ferrets. Sometimes one particular ferret is not as aggressive as others and may be chased away by its intended prey so having 2 ferrets when ferret hunting will pay dividends. Do not forget to have a sack or net over the exit hole of the burrow so you can catch your prey before it escapes.

There are a few gadgets which help you when out hunting with your ferret and one is the ferret locator. Believe it or not your ferret might take a liking to the burrow it is in and having found nothing of interest inside might decide to have forty winks. This is annoying as you want your ferret out so you can move on so one way is to locate it by using a locator. When you have found it all you need do then is dig It out. Who said ferret hunting is boring!

Ferret hunting can be very rewarding not just for you but your ferret too. They get exercise and a chance to show off their prowess by hunting down their prey inside long dark burrows. You get to see your ferret at work doing the thing it loves best, hunting. There is one more thing that both of you can enjoy and that is the meat you have from the kills.